A mother personally challenges the local authorities to solve her daughter’s murder when they fail to catch the culprit.   Oscar winning Frances McDormand and Sam Rockwell, with Woody Harrelson (Oscar nominated).   “Staggeringly entertaining ……….  a scorching, luminous tragicomedy.”  (The Guardian)

A greedy landowner and his backward nephew conspire to block the only water source for an adjoining property in order to bankrupt the owner and force him to sell.   Made during Gérard Depardieu’s glory years and with Yves Montand, this is in most people’s list of favourite foreign films.

Set in 1950’s London, Reynolds Woodcock is a renowned dressmaker whose fastidious life is disrupted by a young, strong-willed woman, Alma, who becomes his muse and lover.   Starring Daniel Day-Lewis (in his last film?), Vicky Krieps and  Lesley Manville.   “…sublimely eerie and immaculately constructed.” (Mark Kermode)

“Simply the best musical ever” (Pat Ashworth) – 10 Oscars!!!    The genius of Leanord Bernstein.   A musical in which a modern day Romeo and Juliet are involved in New York street gangs. On the harsh streets of the upper west side, two gangs battle for control of the turf. The situation becomes complicated when a gang members falls in love with a rival’s sister.   Natalie Wood, George Chakiris, Richard Beymer, Rita Moreno.

When a group of civil rights workers goes missing in a small Mississippi town, FBI agents Alan Ward (Willem Dafoe) and Rupert Anderson (Gene Hackman) are sent in to investigate. Local authorities refuse to cooperate with them, and the African American community is afraid to, precipitating a clash between the two agents over strategy. As the situation becomes more volatile, the direct approach is abandoned in favor of more aggressive, hard-line tactics.

Bill Forsyth’s masterpiece.   An American oil company sends a man to Scotland to buy up an entire village where they want to build a refinery. But things don’t go as expected.  A film to make you laugh and a film to make you cry.   Burt Lancaster, Fulton MacKay and Peter Capaldi. 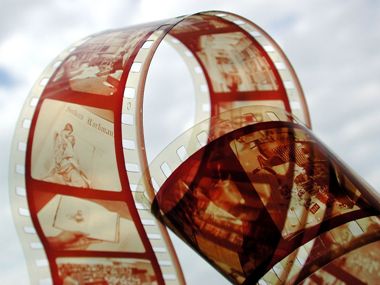 Darkest Hour is a 2017 war drama film directed by Joe Wright and written by Anthony McCarten. It stars Gary Oldman as Winston Churchill, and is an account of his early days as Prime Minister, as Nazi Germany’s Wehrmacht swept across Western Europe, threatening to defeat the United Kingdom during World War II.